Before we talk about Bush fire screens, lets first  determine what constitutes a bushfire. The term bushfire denotes the rapid spread of vegetative fire – brush, 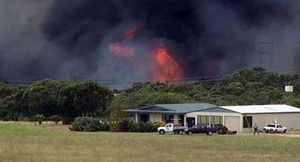 forest, grass land and characteristics are its extensive size, the rapid speed at which it can spread out from its original source and its ability to change direction unexpectedly and to jump gaps, such as roads, rivers and fire breaks.

Bushfires are characterised in terms of the cause of ignition, their physical properties such as speed of propagation, the combustible material present, and the effect of weather on the fire.

Bush fire screens when fitted to the building windows and doors can help prevent damage to the buildings. The Fire Screen Mesh is the part that protects, blocking the fire from advancing through the opening. 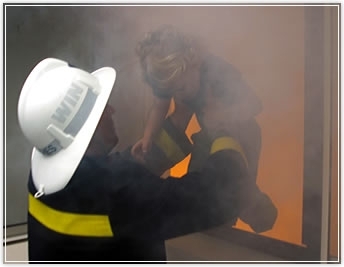 As3959:2009 is primarily concerned with improving the ability of buildings in designated bushfire prone areas to better withstand attack from bushfire thus giving a measure of protection to the building and occupants until the fire front passes.

BAL – 19   Increasing levels of ember attack and burning debris ignited by windborne embers together with increasing heat flux between 12.5 and 19 kWm(2) make it a small 2

BAL – 40  Increasing levels of amber attack and burning debris ignited by windborne embers together with increasing heat flux with the increased likelihood of exposure to flames.

BAL – FZ  Direct exposure to flames from the fire front in addition to heat flux and ember attack.

Firescreen Bush Fire protective screens have been tested to the latest testing method measuring both incident heat flux and transmitted heat, constructed with Grade 316 ss corrosion resistant mesh you can be assured of a quality security screen whilst complying to AS 3959-2009. If you want more information or want to go a head and install a bushfire screen today, then contact us.